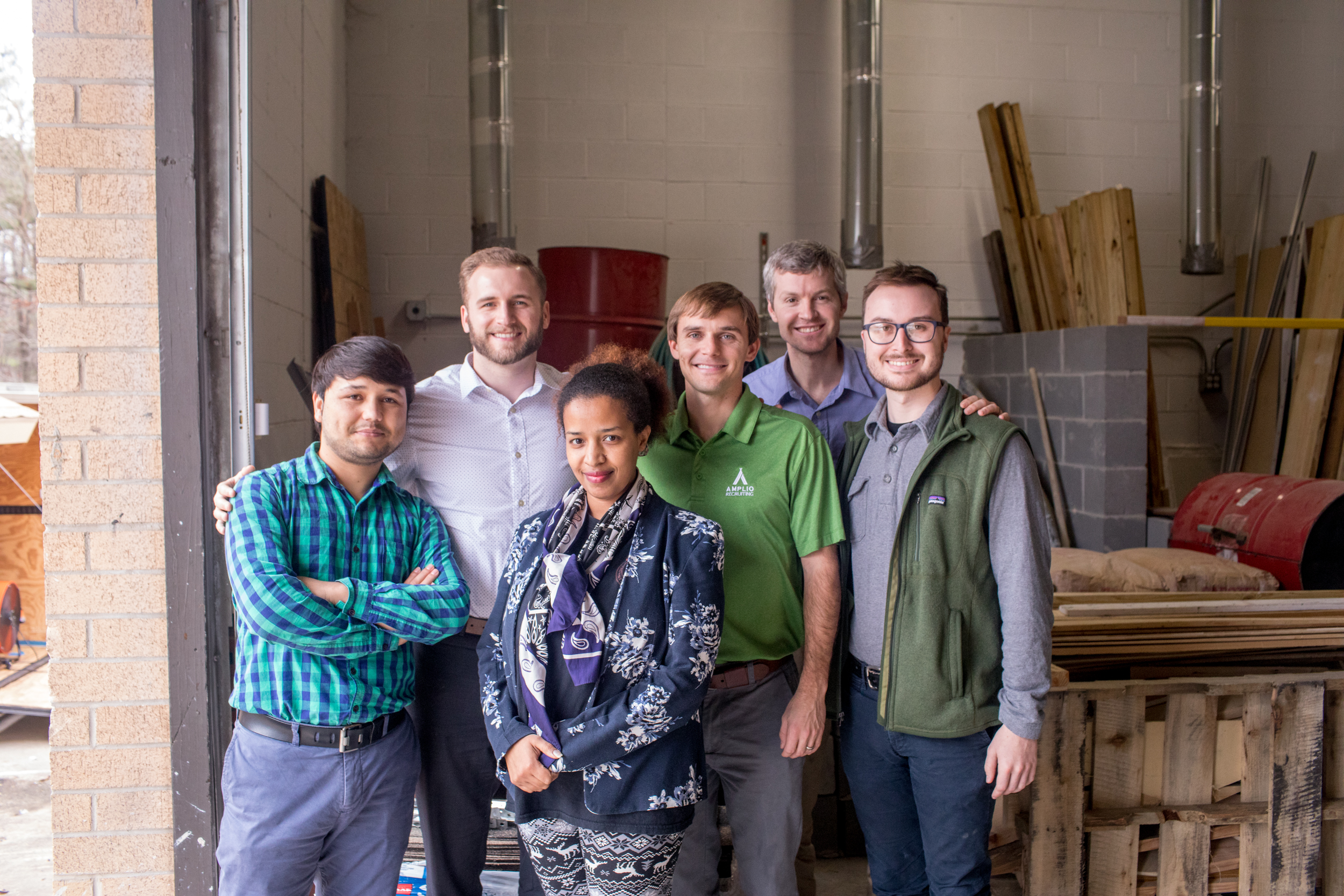 We are excited to repost this story with permission from one of our partners, Amplio Recruiting. Amplio provides dependable labor for manufacturing, logistics, and distribution companies throughout the US. They recruit specifically from refugees who have legally resettled from countries around the globe and ensure these new Americans are prepared to increase retention and productivity for their clients.

When production manager Orlando Morrow reached out to Amplio, he was skeptical the staffing company could provide what others hadn’t—dependability.

A nine-year veteran of Gourmet Foods International, Orlando is responsible for overseeing the manufacturing department which cuts down large portions of cheese into smaller ones for packaging and distribution. A man of many “hats”, he takes responsibility of everything from scheduling to production, hiring and training employees, to managing budgets.

But in summer of 2017, the frustration of constant turnover and labor shortages almost proved too much for Orlando, who admits he was “about ready to be done”. Despite his vast experience and best efforts, Orlando struggled to get his shifts to the “magic” number of 30 employees. He turned to the help of traditional staffing companies, but his expectations fell flat.

“They only wanted to provide me with bodies,” Morrow shares, “Every week I would go through 8 or 9 people. Turnover was, like, 90%. It was straining my full-time employees.”

At that time a friend working at the Atlanta Athletic Club, a current Amplio client, shared about a new staffing company and recommended he give it a try. That company was Amplio Recruiting, specializing in bringing dependability to U.S. companies via the refugee workforce.

“I went on the website and got more info and said, ‘Okay, this is something different.’ [The idea of hiring refugees] never registered to me [and since] diversity is very important to me. I said, ‘Why not?’”

Orlando called Amplio, and shared his department’s struggles with account manager, Stephen Assink. Unlike other staffing agencies, Stephen and the team worked together to deliberately and strategically pair pre-screened, qualified employees with job openings within the department. Their goal: to bring Orlando’s department up to a healthy, productive level once more. And it worked.

“We have built our workforce,” Orlando shares, describing the change they’ve seen over the past 6 months. The department, which started with a handful of Amplio employees saw such a stark difference that they continued to bring on even more.

“We have dependability. Our overtime dramatically dropped. The help came in and relieved our full-time workers. We were no longer stressed out and strained. Our employees are grateful. [I] don’t have to keep training people every day, and [I’m] happy about it.”

Orlando, who jokes that he speaks “one and a half languages” now, is clearly endeared to his team who hail from all over the world.  “I’ve got a melting pot on my shift,” he describes, “Iraqi, Congolese, Angola, Eritrean, Latinas, Syrians, Caucasians…”

Morrow doesn’t shy away from any topic, and shares candidly about the experience of integrating diverse cultures into the workplace. “I’ll be honest,” he shares, “Some people were initially uncomfortable with [women wearing] hijabs [headdresses]. I had to go to defense several times. I don’t play with stereotypes or racism. I don’t tolerate it whatsoever.”

Now, he says, the team has become like family.

“It’s great to see. They work together, eat together, do outside social functions. They’re mixing outside of work, learning [each other’s] cultures, too.”

The results are clear: hiring through Amplio has been a win-win-win:

The company has gained the dependability and productivity they longed for.

Their employees have been introduced to new cultures and nurtured empathy.

And refugees have been given the opportunity to provide for their families and prove themselves as productive citizens.

To anyone looking for change in the workplace, Orlando says it best—

“Go outside your comfort zone. A company has nothing to lose by integrating refugees into their workforce.”

At Amplio, we connect you with this talented and motivated refugee workforce, who will bring this same dependability and efficiency to your company as it did for Orlando. Let us be your number one labor shortage solution by providing you with highly qualified and ambitious employees To learn more about us, our services and screening process, visit our website or give us a call today.

For the original story on Amplio’s website, please visit: